The Dow has tended to perform well during the calendar month of April.

In fact, April has been the best calendar month for the Dow since 1950.

As today’s chart illustrates, however, during the months following April — not so much.

This April, however, there are headwinds — inflation, interest rates, war, BA.2, etc. 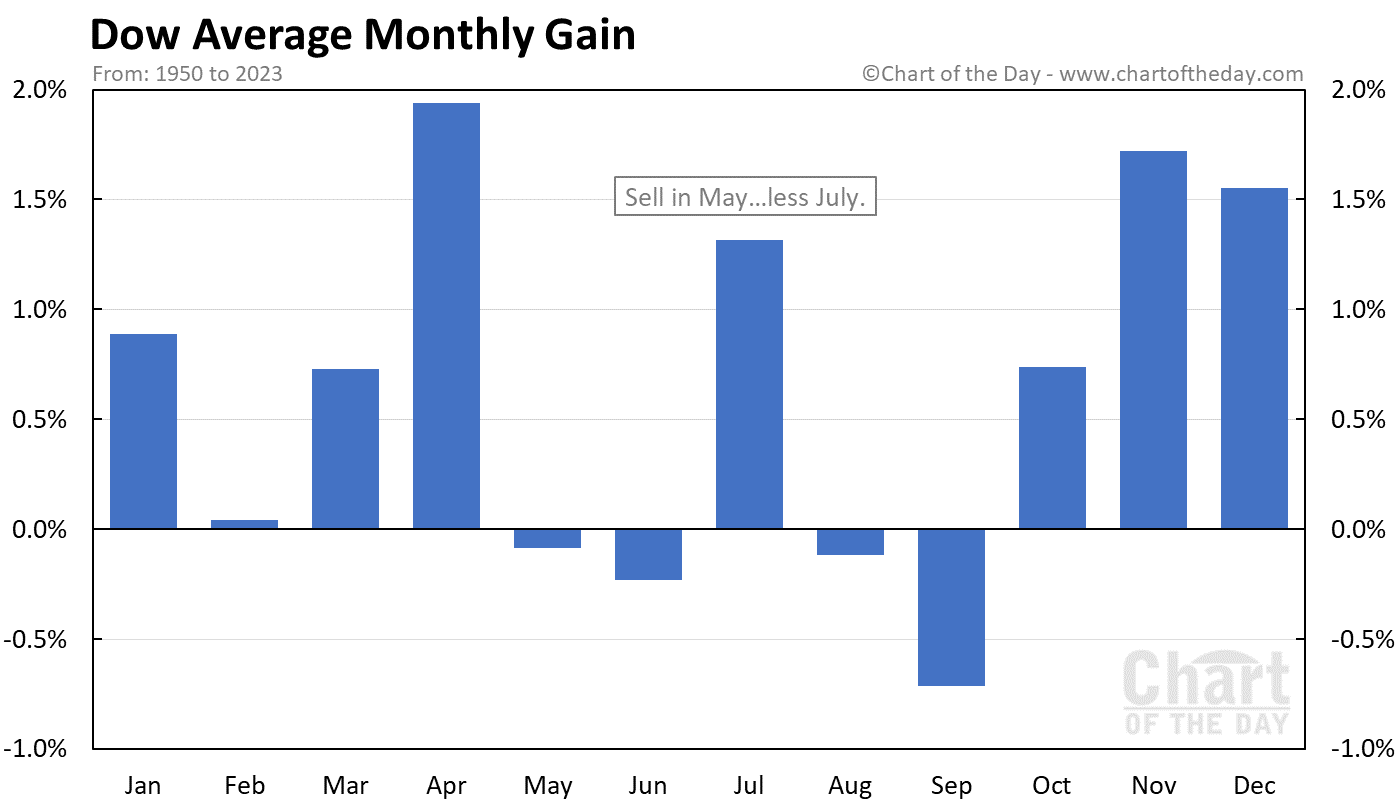 What was the Dow's largest monthly loss?

What was the Dow's largest monthly gain?