This long-term rally began in early 2009 following the financial crisis and has traded within the confines of an upward sloping trend channel ever since.

So where does this benchmark index stand now?

Today’s chart illustrates how the S&P 500 is currently pulling away from resistance of its long-term trend channel. 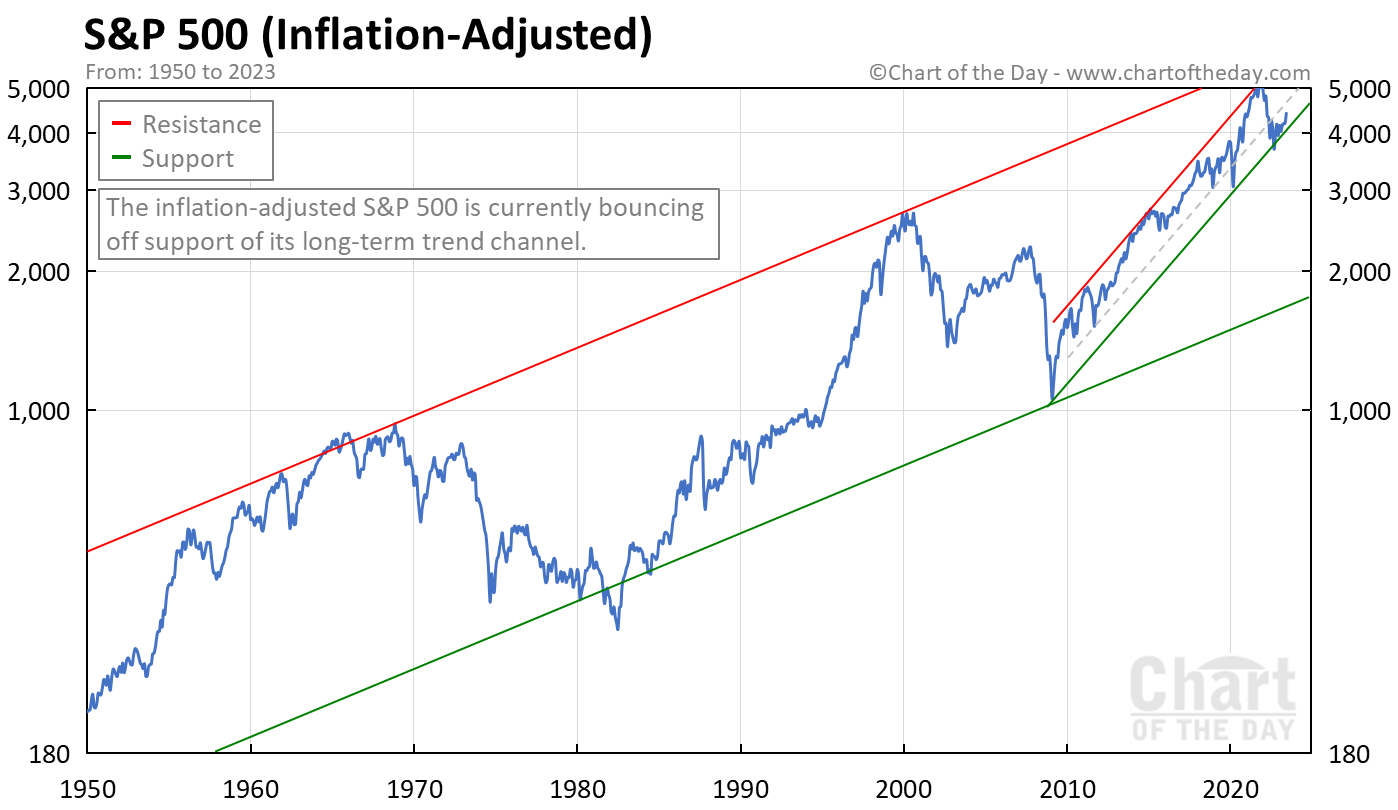 The S&P 500 is a public float market-capitalization weighted index where public float is shares of a stock that are available for public trading.