Today’s chart answers that question by presenting the total return trend for both the S&P 500 Growth Index and S&P 500 Value Index.

Over the past few months, growth has significantly outperformed value. 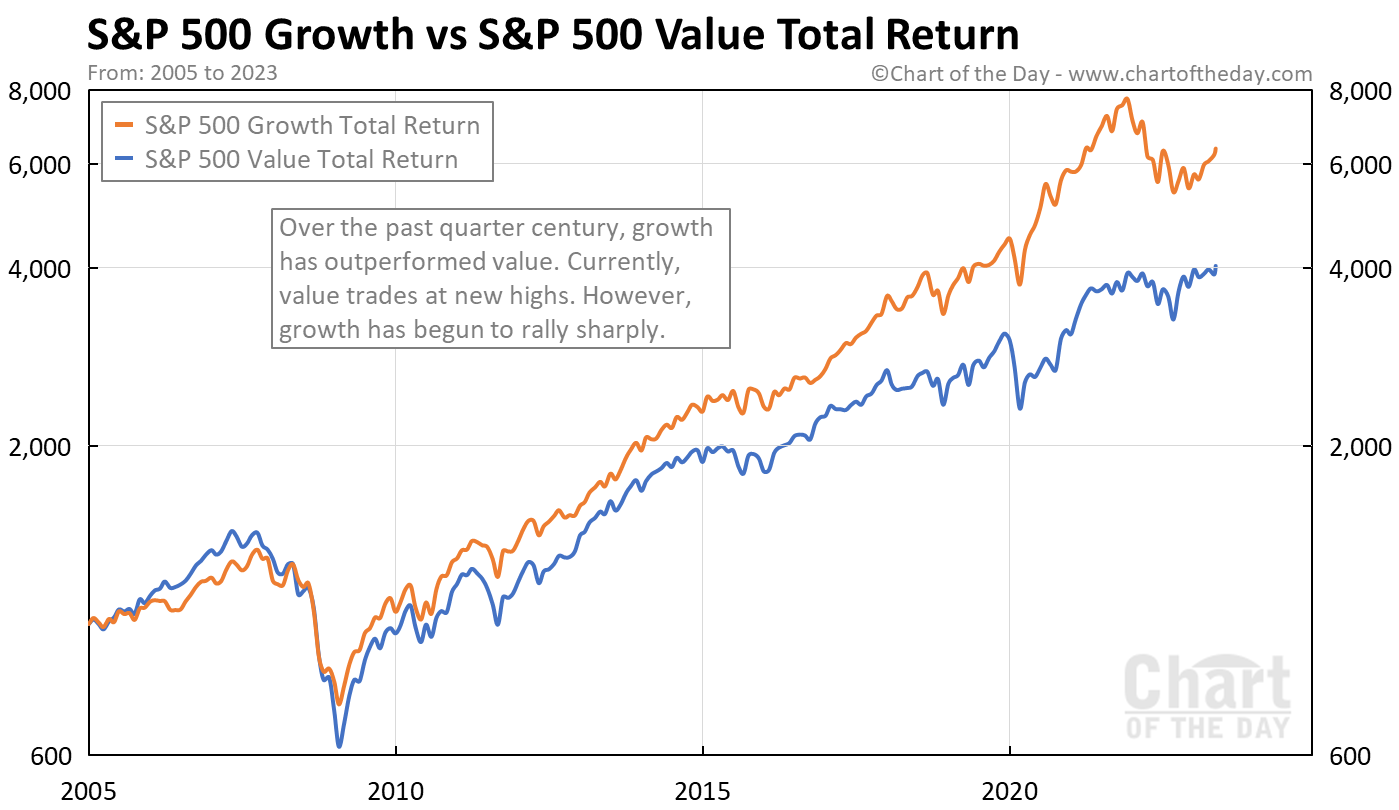 What is considered a growth stock?

Generally, a growth stock is a share in a company that has above average earnings growth and has the potential to grow faster than the overall economy.

What is considered a value stock?

Generally, a value stock is a share in a company that is appears to be undervalued based on some fundamental criteria such as earnings, dividends, revenue, book value, etc.

What is the difference between large-cap and small-cap?