How have investors adjusted?

Today’s chart illustrates the performance of three major stock market indices since inflation began to pick up significantly back on February 10, 2021.

More recently, all three indices have struggled as the Fed turned more hawkish. 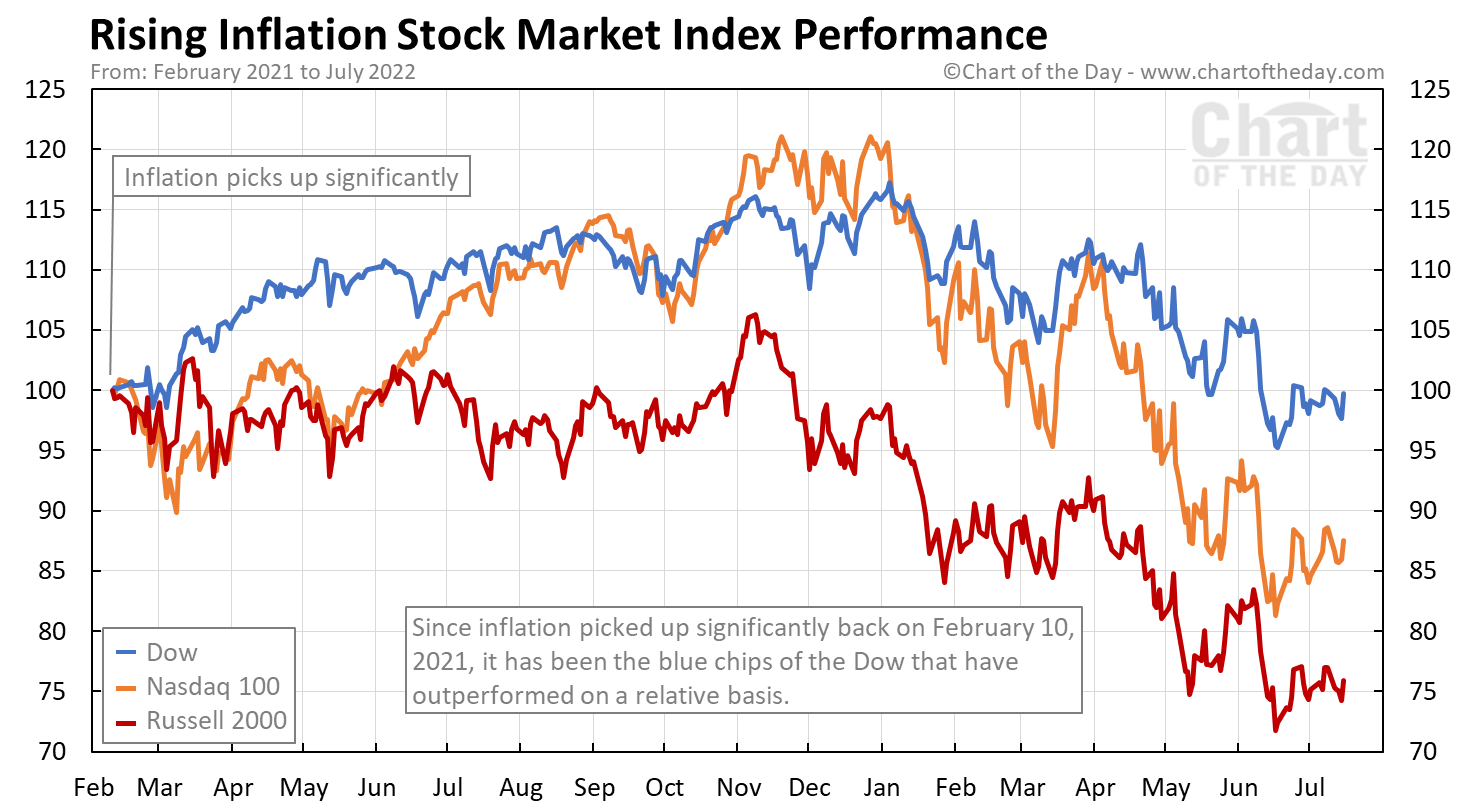 What is the Dow?

The Dow is short for Dow Jones Industrial Average and is a price weighted index of 30 publicly traded large U.S. companies and has been in existence since 1896.

The Russell 2000 is a stock market index that tracks 2000 small-cap companies.

The Nasdaq 100 is a stock market index of the 100 largest Nasdaq Stock Exchange listed companies. A large proportion of those 100 companies are in the tech sector.