Today’s chart illustrates that gold has tended to trade higher in the first month of a new year.

In fact, January has been the second best month for the yellow metal since 1976. 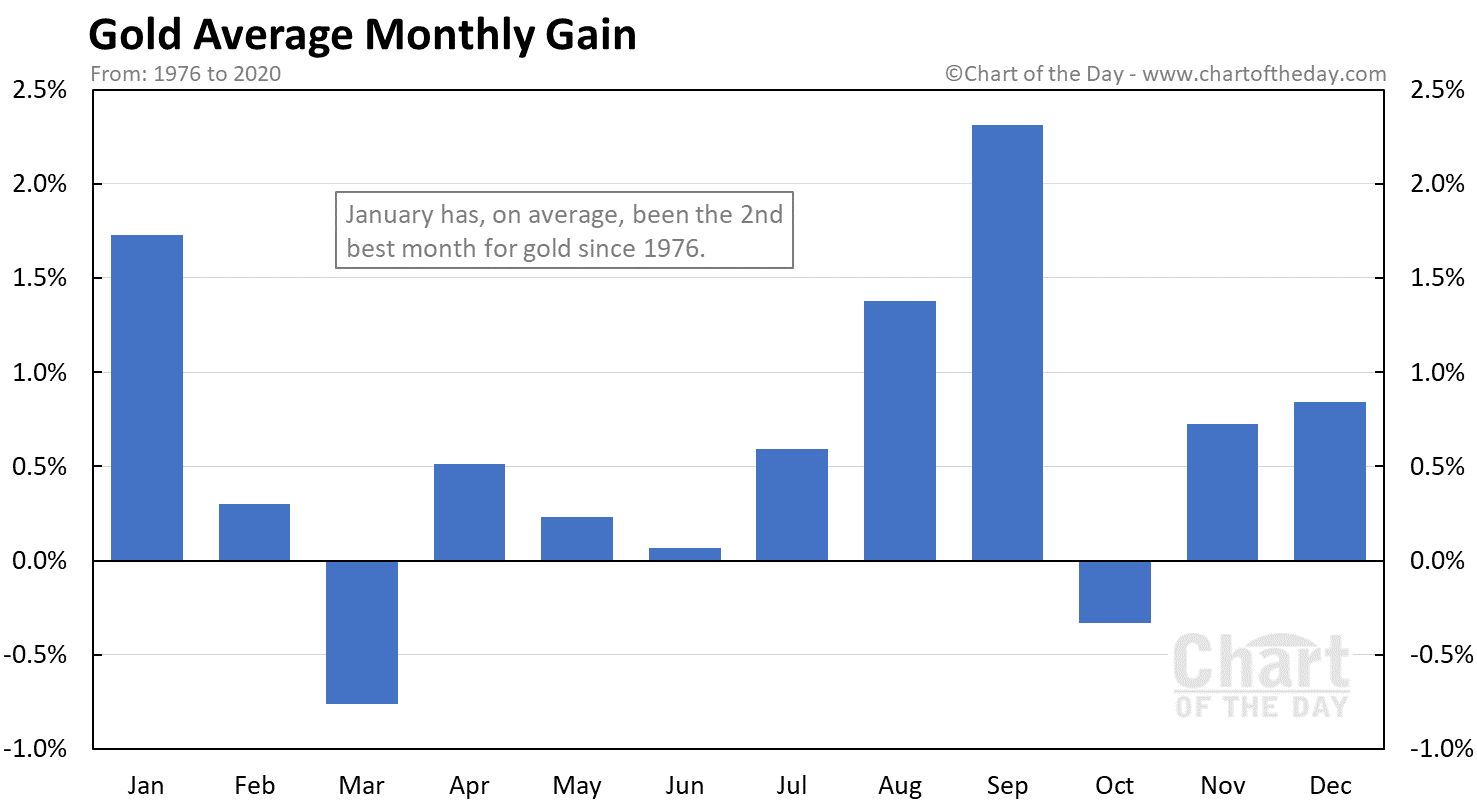 What is gold's average monthly gain?

What was gold's largest monthly loss?

What was gold's largest monthly gain?

What is highest price of gold in history?

Where's the Market Headed?
Find out now with our Barron's recommended Chart of the Day
Sign Up
.
Century-to-Date
Dogs of the Dow beating the Dow
Stay ahead with our popular and always free Dogs of the Dow Newsletter
Sign Up
.