How does the stock market perform after the Fed begins to raise rates?

Today’s chart answers that question by presenting the performance of the Dow following a major fed funds target rate trough (since 1983).

As today’s chart illustrates, the Dow’s performance following a major fed funds trough has been mixed — ranging from -7% to nearly 12%.

It is worth noting that the average one-year gain has been -1%. 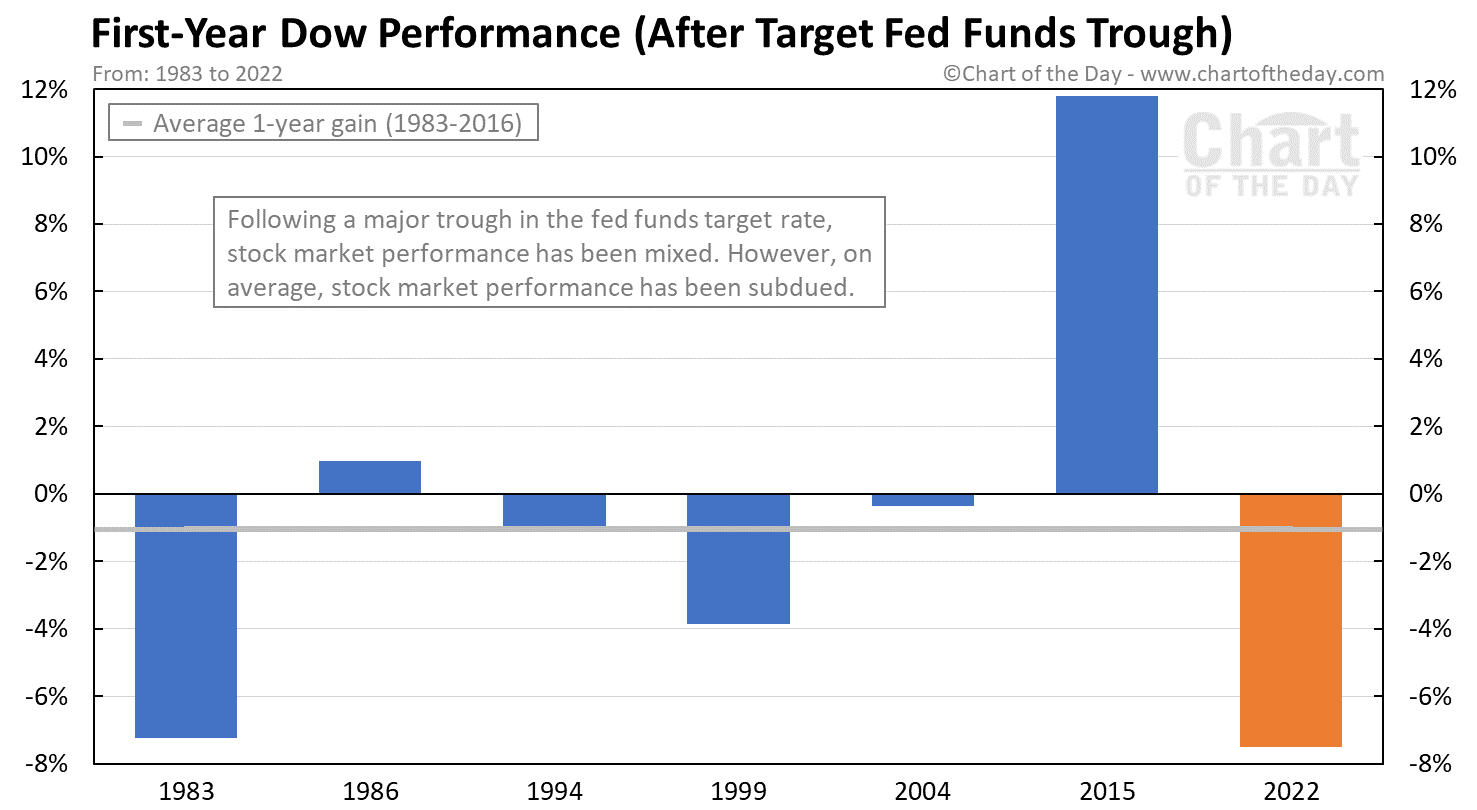 What was the highest fed funds rate?

The fed funds rate reached its record high of 20% in 1980 in an effort to counter double-digit inflation.

What was the lowest fed funds rate?