War on the European continent.

While there are of course a host of concerns (the suffering of the Ukrainian people, global economy, cyber, Cold War, etc.), today’s chart focuses on the implications of the Russian invasion of Ukraine on the US stock market.

Unfortunately, the history of Europe (and mankind) is littered with acts of war.

To narrow things down, today’s chart illustrates the four European war declarations / invasions that were most similar to the current invasion.

While both are pivotal moments in history, they both occurred prior to the nuclear age.

In both cases, smaller countries attempted to turn to the West and get out from under Russia’s thumb.

In both these particular cases, their aspirations were squashed by a USSR/Russian invasion.

In the end, the Dow was down one year following each of these four somewhat similar acts of aggression. 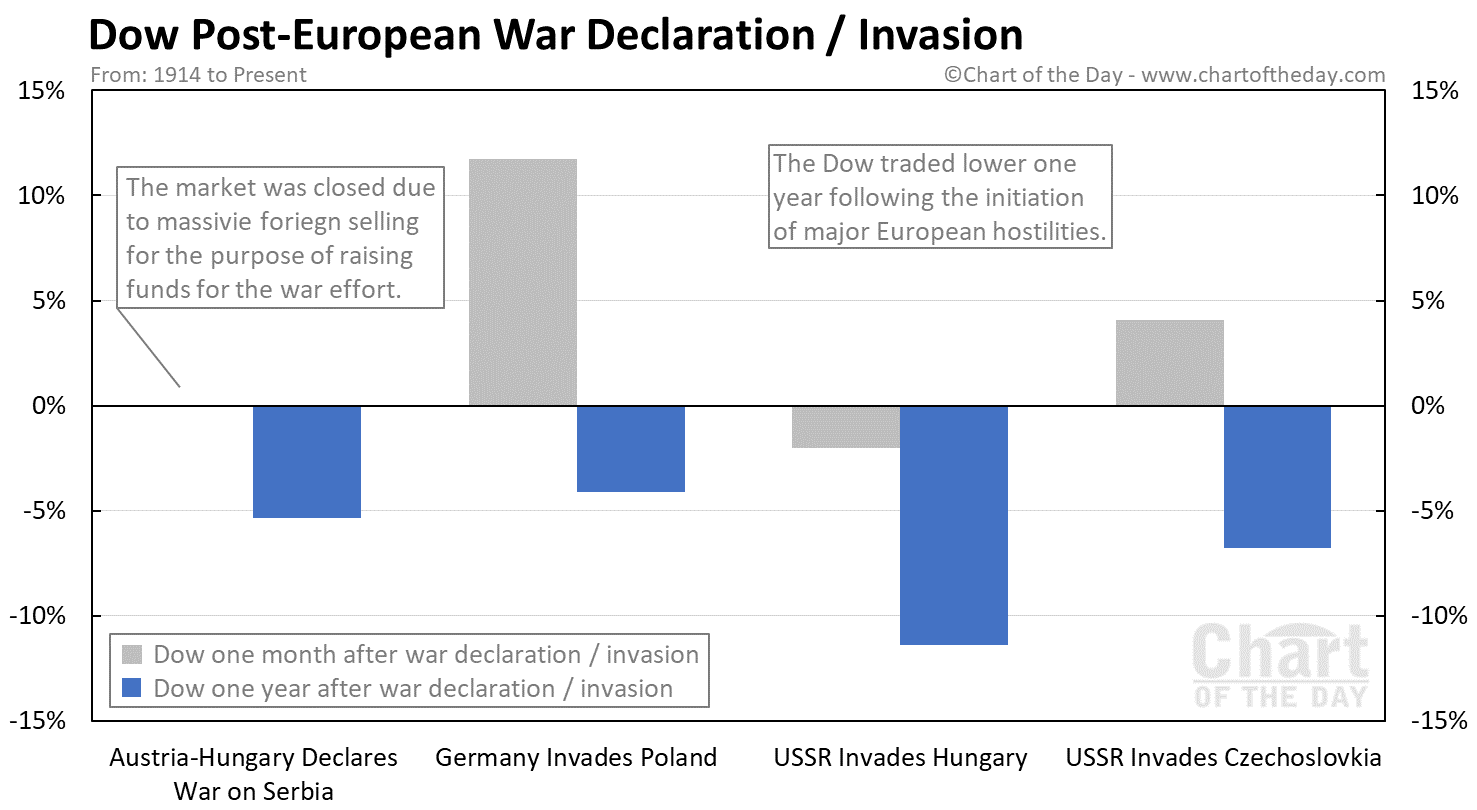