The Dow (adjusted for inflation) has traded within the confines of a long-term trend channel since 1900.

It is worth noting that soon after each resistance test, the market struggled.

Bonus Chart of the Day: Dow (% Change after a Major Bear Market)
. 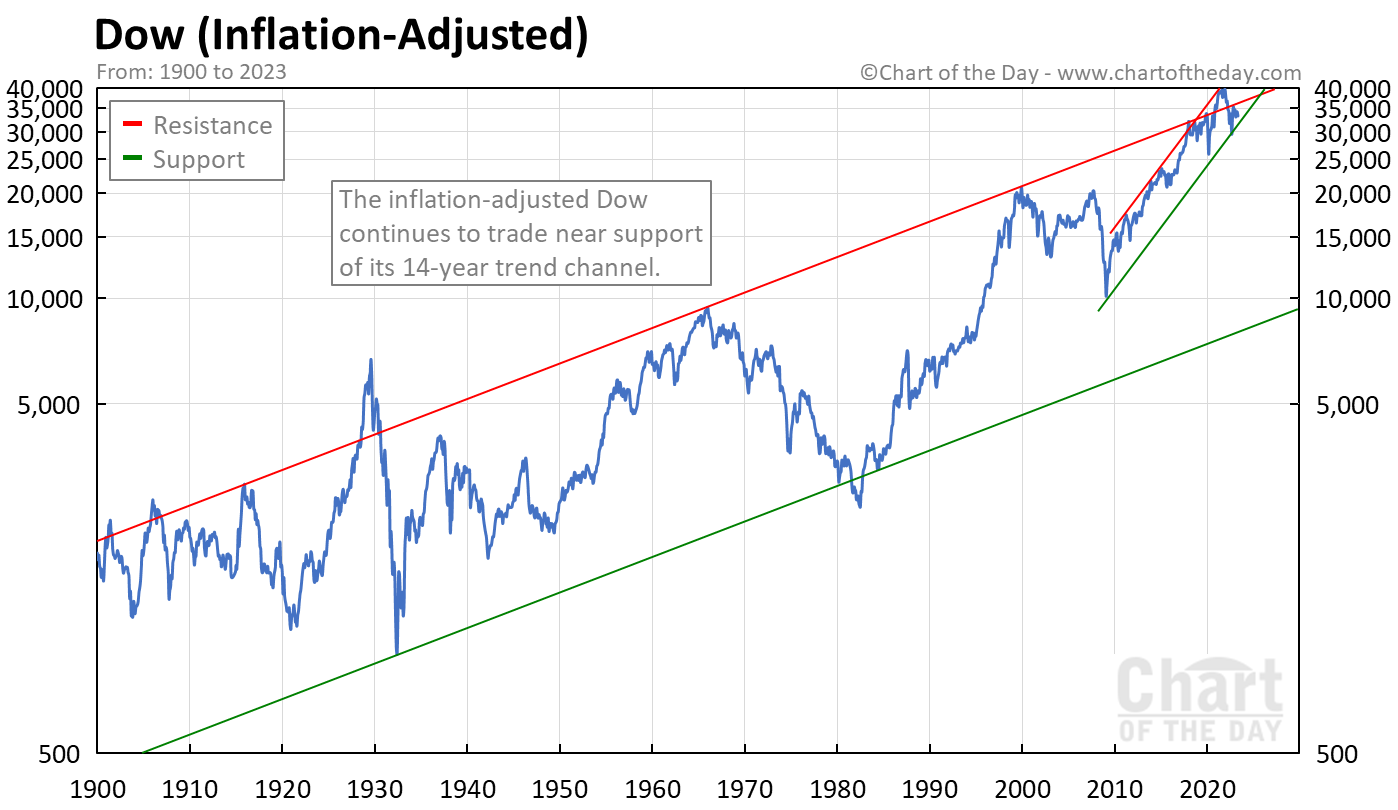 When did the Dow start?

Charles Dow first published the Dow Jones Industrial Average on May 26, 1896. On this day, the Dow consisted of only 12 companies.

The Dow is maintained by S&P Dow Jones Indices.

What are the Dow components?

How can you invest in the Dow?

You can invest in the Dow with the SPDR Dow Jones Industrial Average ETF. This ETF tracks the Dow and has a relatively low expense ratio.