The stock market has performed quite well following the major bear market that occurred almost one year ago.

To help answer that question, today’s chart illustrates the performance of the Dow since its March 2020 low (blue line).

Notice how the current rally is significantly stronger than the average and similar to the rally that followed the financial crisis.

It’s worth noting that most of the gains following a major bear market tend to occur during the early stages of the rally. 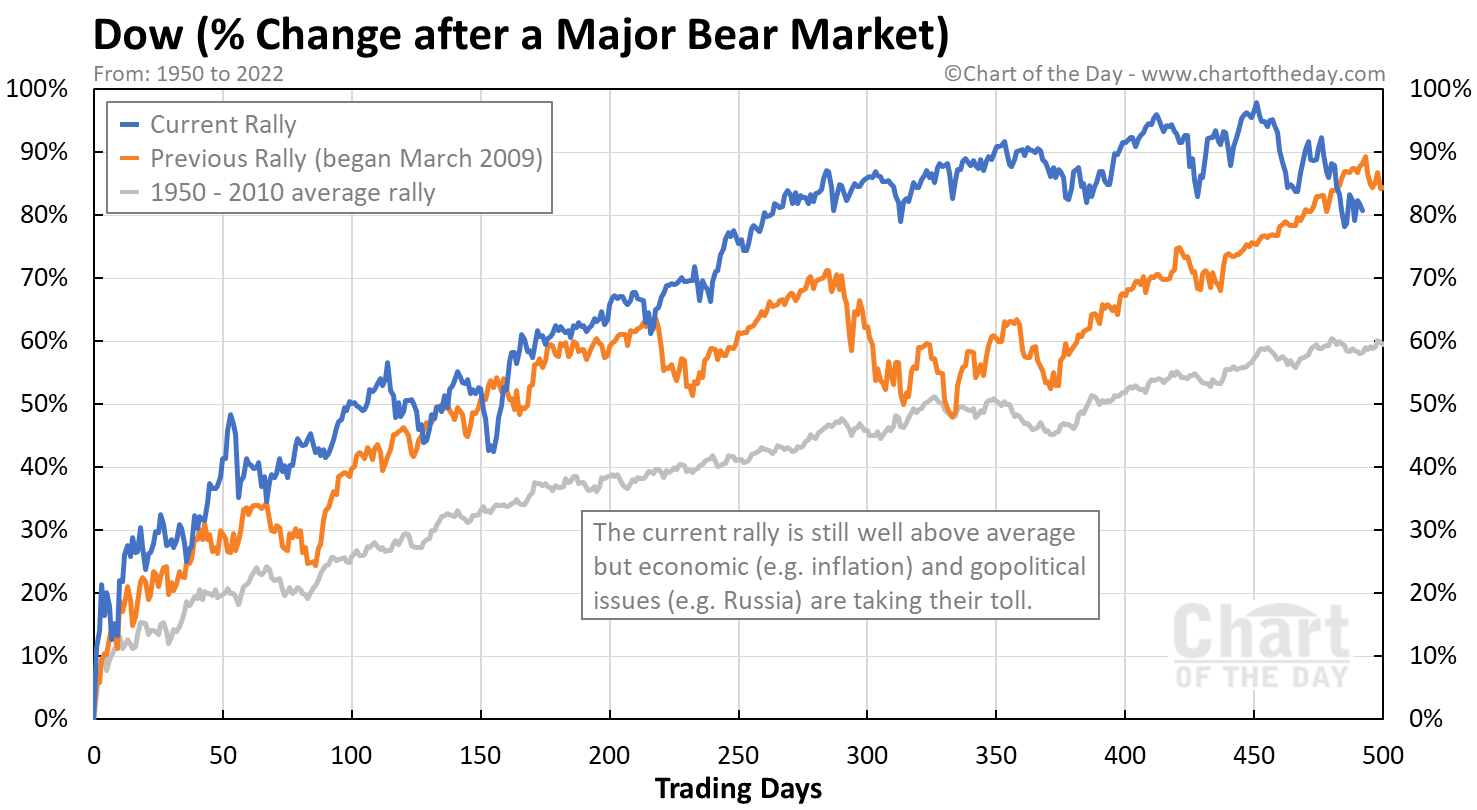 What constitutes a major bear market?

A major bear market is a stock market decline of 30% or more.

How many major bear markets have there been since 1950?

What is a bear market?

A bear market is typically described as a decline of 20% or more of one of the major stock market indices such as the Dow or S&P 500.

What was the biggest bear market since 1950?

The largest bear market since 1950, as measured by the Dow, occurred as a result of the financial crisis from late 2007 to early 2009 and resulted in a Dow decline of 53%.