Since mid-April (not before), the general direction of the 2022 Dow (blue line) has been similar to the average (albeit more volatile).

If the Dow were to continue to follow the path of the average mid-term year, the expectation would be for chop into mid-December followed by a short year-end rally. 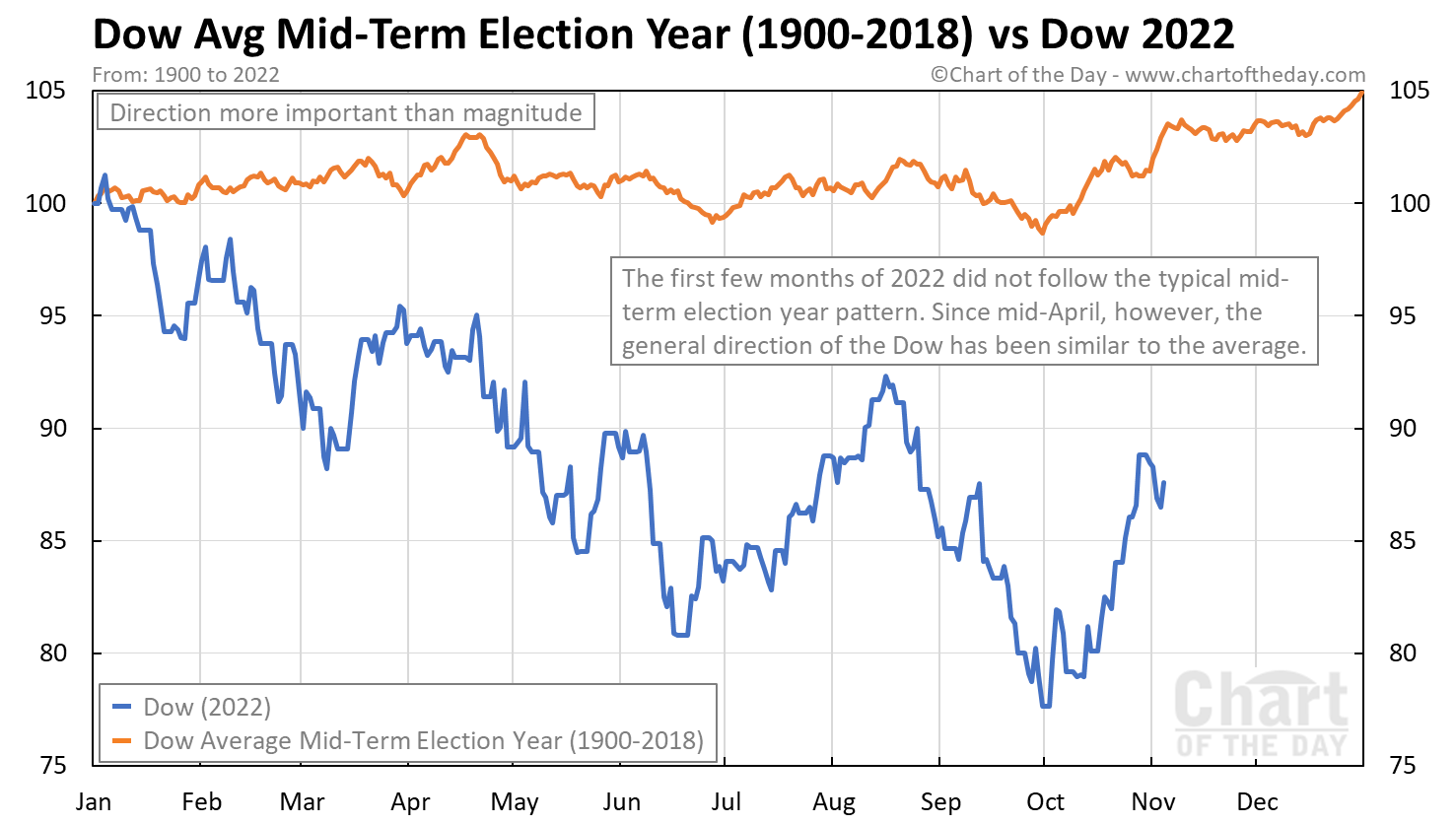